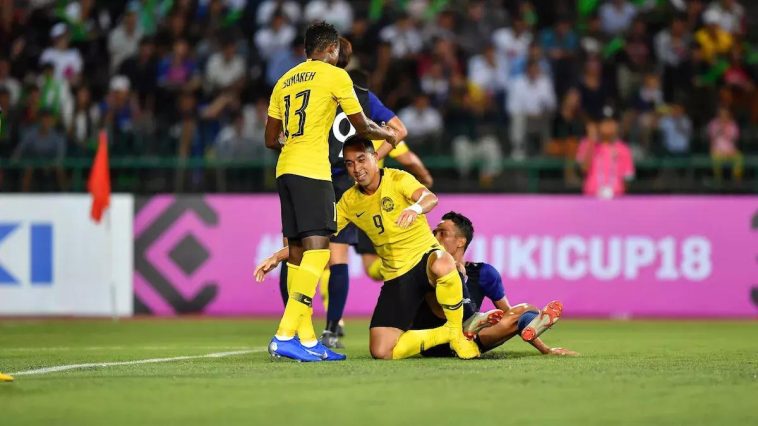 Every 2 years, football fans from around the region of South East Asia come together to show support for their national teams. It isn’t for the Asian Cup nor is it for the World Cup but the AFF Suzuki Cup. A cup held every 2 years which involves teams specifically from South East Asia inclusive of Timor Leste all the way to Singapore.

Previously known as the Tiger Cup from 1996 to 2004, it changed it’s name once automotive company Suzuki took over in 2008. It can be considered the biggest football tournament for national teams under the AFF (Asean Football Federation).

The tournament promises everything from intense penalty shootouts, missed penalties, questionable bookings & much more but something that seems to barely come up is the fans of the teams specifically the Ultra fans. Every football team be it national or club has their very own Ultras. Manchester United has the Red Army, FC Barcelona has their Boixos Nois whilst Malaysia has their very own called the Ultras Malaya.

This year the Ultras Malaya came in full force (as they always do) to show the rest of the supporter groups how it’s done. Taking inspiration from Borussia Dortmunds ” Yellow Wall ” , The Ultras Malaya managed to recreate a Yellow Wall of their very own in the home of Malaysian football, The Bukit Jalil Stadium to not only show their support and commitment but to also put fear in the players of opposing teams.

And boy did it work. From Phnom Penh to Hanoi, the Jalur Gemilang flew high and mighty always being accompanied by the beat of their drums & the chants of the supporters. Making their presence known, they paraded through the streets with flares and flags prior to the game showing our battle ready attitude. I believe the Ultras Malaya were one of the driving forces that played a part in getting the Harimau Malaya into the final that was held over two legs, one in Kuala Lumpur and the other in Hanoi.

In Bukit Jalil, it was extremely obvious the extent the Ultras went in order to make sure the players, coaches and staff of the Harimau Malaya knew that whatever it may be, The Ultras Malaya will always have their back. And it didn’t stop there. The energy & passion of the Ultras managed to get it across to all Malaysian fans.

Differences were put aside, businesses came to a standstill & all Malaysian eyes were watching one thing and one thing only. Malaysia Vs Vietnam live from the Bukit Jalil Stadium. It started badly for the Harimau Malaya as they conceded two early goals but in true Malaysian fashion, we managed claw it back to a tie a few minutes before the end of the game.

Although fans left the stadium with a slight sense of uncertainty, everyone was still proud of our national team. And it was on to the next game in Hanoi. Being tied 2-2 and playing away is never something ideal. But of course, The Ultras Malaya came in full force AGAIN. Flares, flags, drums & chants were part of the chaos in the streets of Hanoi as we showed that was our Cup. Our time to shine. That Malaysian were ready to take everything and leave nothing behind. Again, for the second time Malaysians were watching one thing. From mamaks, homes & offices, I strongly believe all TV’s only had one thing on. The away leg of the AFF Suzuki Cup Final.

As the whistle blew and the first half started, spirits were high & the confidence was strong. Everyone was sure that the mighty Harimau Malaya were deserved champions & they weren’t going to take anything else. But in the 6th minute, Vietnamese player Nguyen Anh Duc striked brilliantly to put Vietnam in the lead. It was 3-2 on aggregate but hopes were still high.

Unfortunately, the scoreline stayed the same throughout the whole game. And to add insult to injury, Malaysia got a player sent off at the final moment of the game. As the loss sank in & the smile of Malaysians were wiped off their face.

It came to realisation how much hard work, blood, sweat, tears and sacrifice was put in for this. And instead of a smile on their face, everyone started feeling a warmness in their heart knowing that a whole country was brought together for the love of a sport. To me, that’s beautifully Malaysian.

Disclaimer: The views and opinions expressed in this article are those of the authors and do not necessarily reflect the official policy or position of any agency of MemangWin.